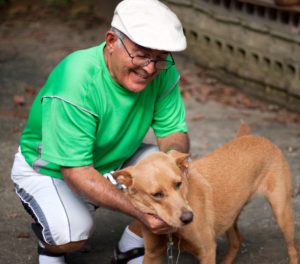 Taking time to intentionally remember, to encourage and help draw out memories for people who are struggling with memory impairment are critical for quality of life and slowing down the process of memory loss. Our memories can help us feel connected and loved. If you have a memory challenged family member or friend encourage their “remember when…” moments by using sensory triggers. These might be a photo, smells like baked goods, apples, green chile or perfume. Or it might be a favorite item of clothing, music or the furry touch of a pet. Get creative and ask them what they remember when you share these prompts. Its wonderful exercise for the brain and you may learn some things you didn’t know about their life.

The health benefits of sharing

Medical research has shown that writing down or talking about memories can be therapeutic and healing. It can even help promote increased memory retention and sharpen thinking in some memory impaired people. In her blog  The Heart and Craft of Lifewriting writer Sharon Lippincott comments on a memoir entitled Growing Old, by Swiss psychoanalyst Danielle Quinodoz:  “The book focuses on the enormous value elderly people derive from reviewing their memories and attaining an integrated overview of their lives, …People who are able to view their lives in this meaningful way experience more joy in living…They tend to approach aging more actively, retaining curiosity and involvement with life and the people around them….”

My mother used the memory trigger of music when her sister began losing her memory. She says, “Right until she got real bad I would call her and we would sing together. Sometimes we’d sing Christmas songs, even if it was July. She would even harmonize up till the last. We kept singing until she couldn’t sing anymore. But she listened.”

This is for my Auntie:

The cancer came back after three years in remission. Only this time she didn’t know it. Those three years had brought a crushing avalanche of change. She was aware of all the changes the first year, then the second she just stopped caring. During that time people had started to look at her funny. During that time her youngest daughter, a grown woman of 42, had died of a massive heart attack; she had just lain down and not woken up. She heard sometimes as people whispered the word “mercy” when they talked about her daughter in voices that were a bit too loud.

She remembered Kelly, but it was as if she had gone somewhere far away and would be coming back soon. She just couldn’t remember when. But she looked for her every day. The anticipation of seeing her was a joy. Her husband never mentioned their daughter anymore. She wondered about that. But he had become kind and somewhat vague and somehow too careful of her. She wondered about that too. But not for long anymore.

Staring out the window at the succulent garden she had planted years ago in pots on the back patio she marveled at the beautiful designs of the leaves. She stared at the swirling patterns of a hen and chick and tried to make sense of it. She asked her husband about the chicken plant but he didn’t know what she was talking about. That was frustrating. After a while she gave up trying to explain it to him. She wondered why he was so dense.

Her sister called often to sing with her. Somehow the words to the songs were still there in her mind. They always came to her. Laughter and singing. And ice cream milkshakes with whipped cream and a cherry on top. These were bright and clear. For a while.